A short history of the Museum of Caricature 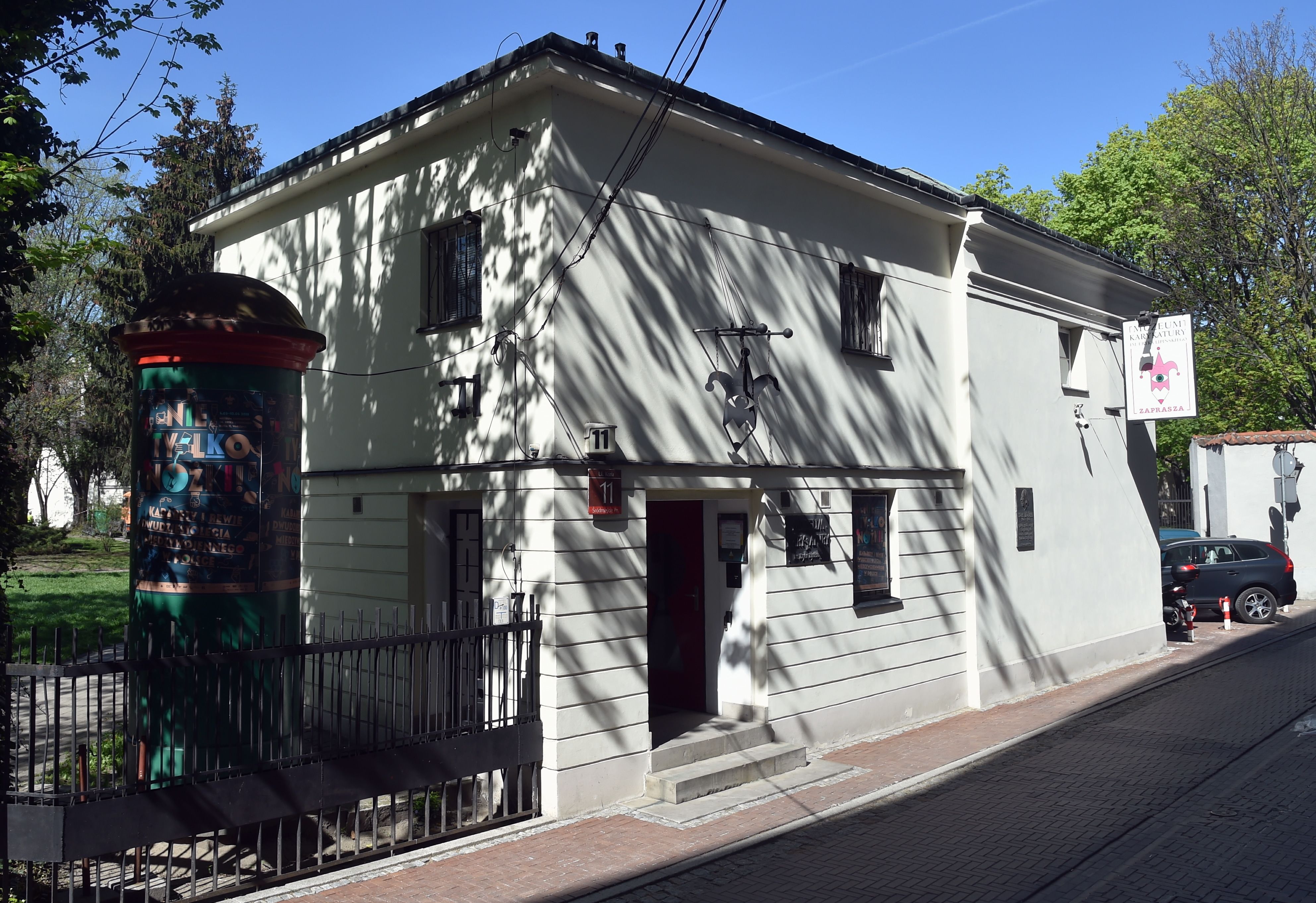 The Museum of Caricature in Warsaw was established in 1978 by the excellent cartoonist and satirist Eryk Lipiński, who later became its director for many years.

The idea of founding the Museum of Caricature (one of the first in the world!) troubled him already at the beginning of the 60's. It was then that he started to gather a collection of drawings of other authors with a view to a new museum. He persuaded artists and their families to make donations, raised money to buy archival and quite contemporary exhibits, not sparing his own funds. Unfortunately, attempts to create a museum in the 1960s within the structures of the National Museum in Warsaw and in the mid-1970s alongside the Historical Museum of Warsaw failed. However, Eryk was tenacious and tireless in his pursuits and actions. He finally found the "right understanding" from the "proper authorities" as well as direct organisational support in the form of the Museum of Literature in Warsaw. Thanks to the help of the director of this institution, Janusz Odrowąż-Pieniążek, the Museum of Caricature began its life as a Division of the Museum of Literature on the 15th of September 1978.

During the first five years, it was a difficult life. The collections of the museum were constantly growing, but the lack of the permanent premises did not allow for their wider exposition. The first exhibitions – including the inaugural ‘Warsaw in Caricature. Od Warsa i Sawa do Trasa Łazienkowska’ [From Wars and Sawa to the Łazienkowska Route], which opened at the Museum of Literature on 17 January 1980, had to be held in rented premises, mainly in the gallery of "Szpilki" satirical magazine. At that time, the collection and the pompously named museum office were housed in two cramped rooms of the Warexpo company in the former Jabłkowskis Brothers' Department Store on Bracka Street.

However, Eryk continued to search for a suitable building to house the museum. The practically empty junkyard he discovered in the former breakfast room (orangery) of the Primate's Palace on Kozia Street, although modest in size, met the basic requirements to become such a seat. It can be said that Eryk Lipiński won this building for the museum by overcoming the ever piling up formal and legal difficulties and by bringing to an end the protracted renovation of the building. As of the beginning of 1983, the Museum of Caricature gained the status of an independent institution, moving into its new building in June of that year, and already on the 27th of October, it opened its first exhibition entitled „The best works in the collection of the Museum of Caricature".

This is how it all began. Initially, the modest collection of drawings as of 31 December 1983 amounted to about 2,500 objects. During over 40 years of the museum's existence, it has grown to a collection of over 25 thousand items, including deposits. Today, including permanent deposits, the collection numbers over 25,000 drawings. The museum's own collection includes many cimeli of Polish and world caricature, from the eighteenth century to the latest ones.